15 Of The Most Common Dachshund Traits

Do you have a new dachshund puppy? Or are you thinking of bringing a dachshund into your family? Are you wondering what the breed is like? What their most common quirks, personality and traits are?

What are the dachshund traits?

These are 15 of the most common dachshunds traits:

Dachshunds love chasing squirrels, rabbits, mice, birds and anything else that moves. If Mr Squirrel happens to scurry past, your dachshund will run FAST! You won’t be able to catch him, so you need to contain him. He can roam freely around your garden IF it’s totally secure. And he can walk off the lead IF he’s been properly trained. Just bear in mind, if he’s sees a rabbit or something catches his eye, his natural instinct will take over. So, it may be safer to just keep him on a lead and put up some maximum security fencing!

Dachshunds love to dig – it’s in their nature. They were bred to burrow into the earth and catch badgers (hence their long bodies, pointy noses and big claws). He may dig up your flowerbeds, dig huge holes in the lawn, or even try and dig his way under your fence! Give him enough exercise and distract him with other things to contain the habit.

Dachshunds may be small but they’re big communicators! They let you know what they want, when they want it. The sounds they make vary from squeaks and yaps to woofs and words. If he wants a door open, he’ll let you know. If his dinner is late, he’ll definitely let you know. His vocal abilities may surprise you, and he might even sing you a tune if there’s something in it for him!

Dachshunds are noisy little dogs who bark a lot. They bark when they’re bored, excited, anxious and territorial, when they have too much pent up energy or they’re trying to get your attention. They bark at cats, birds, squirrels and people. They bark at small noises, big noises and when there’s no noise at all. Controlling their barking can be a challenge but, with training, it is possible to turn the volume down, especially at home.

All that barking can be a bit irritating at times, but it does have its good points. Dachshunds are amazing watchdogs and will guard your family home. He’ll be your very own furry security alarm, who’ll bark loudly if he sees or hears anything odd in the garden or near your house.

Dachshunds love food and will eat as much as you give them. They need you to control their food portions (and treats!) or they gain weight really quickly. Dachshunds are predisposed to back issues (Intervertebral Disc Disease) and their short little legs can only carry so much weight. Watching what they eat and taking them out for walks will keep them in tip-top condition.

Dachshunds are playful and enjoy fetching and bringing toys (more fetching, less bringing!). They love soft, squeaky, noisy toys they can rip the stuffing out of, or balls they can fling around the house or garden. Because they’re smart, they also enjoy games and learning new tricks. The can be taught to go round in circles, walk backwards, shake paws, speak on command and even ring bells. They’re smart, sharp and hours of fun!

For small dogs, dachshunds have big personalities. They’re natural comedians who’ll keep the whole family entertained. You’ll laugh from the minute you get up to the minute you go to bed. If you need proof, follow our Top 39 Instagrams and see for yourself!

Dachshunds are very headstrong. If it’s raining outside, he’s not going out! If your cute little sausage doesn’t want to do something, he just won’t do it. They’re born hunters with a strong prey drive, and this independent spirit makes them stubborn. Because they’re stubborn, they can occasionally snap if they get irritated or jealous, but you can stop that happening by making sure he knows who’s in charge (that’s you by the way, not him!).

Dachshunds understand way more than they let on, and know how to manipulate you to get what they want. Given their intelligence, you’d think training would be a breeze. Unfortunately, these stubborn little sausages think they’re above all that. They learn things fast when they want to, but they’ll outsmart you if you let them!

Your dachshund might be on guard duty when you take him out for walks. They’re very suspicious of strangers and may bark at passersby or other dogs. You can train your dachshund not to bark so much, but it’s nice to know he’ll come to the rescue if he thinks you need his help!

Dachshunds spend just as much time on their backs with their feet in the air as they do standing on the ground. They love rolling over for tummy tickles (cute!) but they also love rolling in poop on the grass (not so cute!). Rolling is their thing!

If your dachshund bonds with you as part of his pack, he’ll be fiercely loyal and follow you around like a shadow. Dachshunds are devoted and love being with people. They’re the perfect companions if you’re home all day. Just make sure you encourage his independent spirit or it may cause separation anxiety when you leave the house.

Dachshunds love affection and attention. He’ll be happy laying on his back for as long as you’re prepared to tickle him. In the evenings, he’ll curl up on your lap and fall asleep. At night, he’ll try to work his way into your bed! Dachshunds are happiest with company. Wherever you are in the home, they wont be far from your feet.

Dachshunds are sweet dogs that’ll love you as much as you love them. Even though they have small bodies, they have big hearts. They’re great companions who enjoy a cuddle, and are always happy to see you when you walk through the door. They’re sensitive and pick up on emotions too, so if you ever need them, they’ll be right by your side.

So, there you have it. People love dachshunds because of their comical traits and unique character. Dachshunds are the BEST dogs who’ll become a big part of your family and, once you’ve had one, you’ll fall in love with the breed for life! 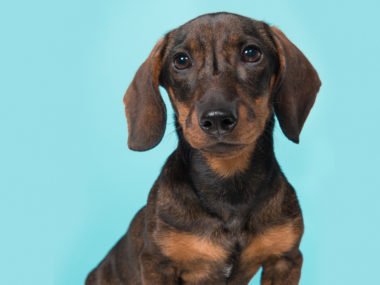 Read More
In no particular order (all sausage Instagrams loved equally!) this is our list of the BEST 39 Dachshund…
Read More
0
0
0 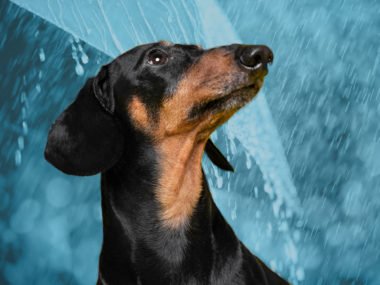 Read More
Do you have a dachshund that’ll do anything and everything to avoid going out in the rain? What…
Read More
62
0
5 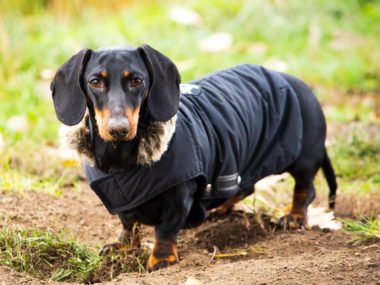 Read More
Do you fancy a weekend break in the British countryside but can’t bear to leave your dachshund behind?…
Read More
1
0
1 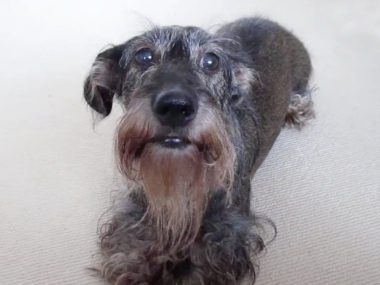 Read More
Have you ever wondered what your Dachshund would say if he or she could speak? Well, my miniature…
Read More
142
0
33 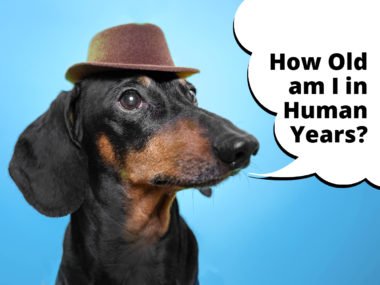 Read More
Have you always thought that one human year is equivalent to 7 dog years? Well, that’s no longer…
Read More
59
0
4K 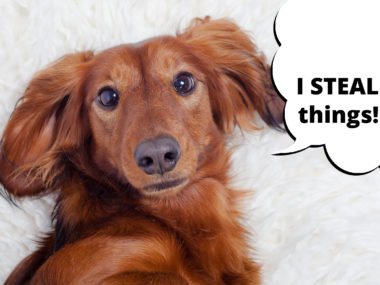 Read More
Dachshunds are a comedic breed, and that’s one of the things we love most about them. They like…
Read More
161
0
36